Burkhard Eling became the new CEO of DACHSER on January 1, 2021. Previously, he was responsible for the finance department of the family-owned company for more than seven years. However, Eling is a manager who thinks strategically and far beyond key financial figures, as demonstrated by his responsibility for the global ideas and innovation management program Idea2net, among other things. In this interview, the 49-year-old answers questions about how he sees DACHSER, his move to the top of the company now, and what distinguishes him as a person and a leader.

Mr. Eling, when you joined DACHSER in 2012, it was a lateral move into logistics. What’s your background?

I come from a family of entrepreneurs with a strong interest in construction—in fact we have our own architectural firm—so at first, I figured I would build a career in the construction industry. After graduating as an industrial engineer in construction, I worked for all three major German construction companies one after the other, in each case in the finance and controlling departments. I was able to quickly take on responsibility there, as I did later at a large facility management service provider. At the same time, the companies all had an international focus, which meant that those 13 years in total provided me with the tools I needed for the CFO position at DACHSER.

What attracted you to logistics?

Thanks to my time in the construction industry, I’m no stranger to logistics. After all, it’s a decisive factor on large construction sites. Back when we were building Berlin’s Potsdamer Platz district, I spent almost half a day getting my head around the logistical aspects of the construction project. Groupage logistics in the DACHSER network, however, is incomparably more demanding and complex. That appealed to me immensely and still fascinates me.

Did you actively apply for the job?

No, the contact came through Dr. Jürgen Schneider, who was CFO at my then employer Bilfinger and Chairman of the Supervisory Board at DACHSER. He put me in touch with Bernhard Simon. From the moment I met Mr. Simon, I sensed the energy, the heart and soul of an entrepreneur. That really impressed me. All the companies I had known up to then were listed on the stock exchange and did things differently. That explains why things really just “clicked” for me, as the saying goes. It was only later that I found out he was looking for a successor to the departing CFO, Dr. Dieter Truxius. 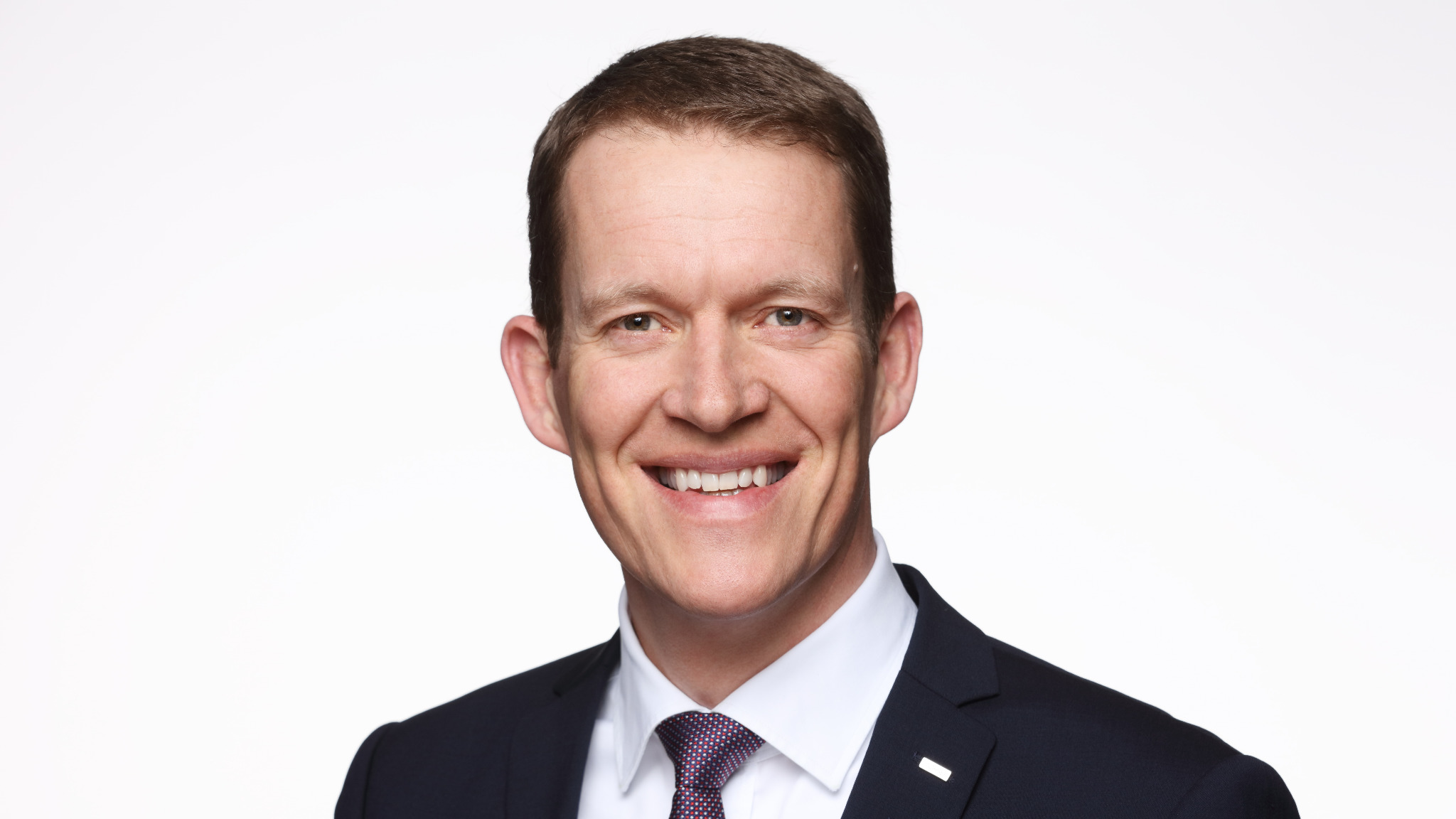 Burkhard Eling became the new CEO of DACHSER on January 1, 2021.

Would you have thought back then that you would eventually succeed Bernhard Simon yourself just a few years later?

No, I was looking forward to the challenge and the opportunity to get deeply involved in the operational processes during my induction. And after a very short time there was a whole lot to do, for example acquiring and integrating Azkar and Transunion, our acquisitions on the Iberian Peninsula. Right from the start, as Deputy Director FLT, I was involved in several decisive business developments and I played a major role in shaping the company’s transition to the legal form of a societas Europaea (SE). And my knowledge and understanding of all our business areas has deepened greatly as a result of my responsibility for the strategic innovation program Idea2net, which, by the way, I will continue to hold as CEO.

When did it become apparent that you would actually become the new CEO?

It was while I was out for a run. Back in 2016, during a business trip to the United States, Bernhard Simon and I went for a morning run on the beach and he asked me whether I could imagine succeeding him as CEO. It’s certainly not easy to follow a family member as CEO in a family-owned company, especially someone who has achieved so much in their lifetime. That was one of my first thoughts at the time, and it’s a consideration that I still treat with the greatest respect. However, the mutual trust and the excellent collaboration that have built up over the years, not only with Mr. Simon but also with the owner family, make me certain that this is the right way to go.

So you still don’t regret moving from your home in Westphalia, Germany, to the tranquil Allgäu region?

Not in the least. Both the Westphalians and the Allgäuers have a reputation for being pretty stubborn, so it’s a pretty good fit (laughs). But to be honest, I moved my family around a lot before joining DACHSER, even to the US and back. Finding a professional and a personal home rolled into one was a stroke of luck for me. I love the Allgäu, and especially how many different ways there are here to get out and enjoy nature. Whenever time permits, you’ll find me outdoors—ideally with my family. Whether it’s cycling, running, or a day of skiing with my familiy, as soon as this is possible again, it’s always a great way for me to switch off and recharge my batteries.

Thank you for speaking with us.

"Our compass points us in the right direction"

Defying adverse circumstances while simultaneously taking advantage of the opportunities - Bernhard Simon, CEO of DACHSER, about crisis management as part of DACHSER’s culture.

DACHSER named number one in Europe for groupage

In the latest “Top 100 in Logistics in Europe” study, DACHSER once again takes the top spot in the European groupage transportation segment. And on the “special transports” market (including food logistics), the company rose from seventh to fourth place.

Through India by train

DACHSER Air & Sea Logistics developed an efficient multimodal solution to transport special containers with aluminum silos from the Netherlands to India: first by ship, and then in a block train in India. The containers traveled the final stage to their destination by truck.

SQAS assessment for DACHSER in Spain

Following in the footsteps of the locations in Barcelona North and Valencia, the DACHSER Spain branch in San Sebastian has now also been evaluated according to the SQAS safety and quality assessment system. In passing the assessment, DACHSER has fulfilled the strict requirements expected of logistics service providers in the dangerous goods sector with regard to process excellence, quality, sustainability, health, and safety.